When you create an instance of an MSXML2.DomDocument40 in VB6 or VBSCRIPT (32-bit), you will receive the following error message:
Application Error 429: ActiveX component can't create object
The error only occurs if your process is running with elevated (administrator) privileges, on Windows 8.

Microsoft broke this for some reason but chances are its an unmitigated security vulnerability.  (And, we like to be jerks).

To work around this problem, use either of the following methods:

This behavior is by design.  Or, maybe its a bug.  We really don't care, as long as you port your crappy VB6 code to .NET.

Execute the following code in a compiled VB6 executable, "as administrator" (elevated):
When the New method is called, the program will crap out with the error message.
This issue was verified as reproducible with the versions of msxml4 below.
msxml4.dll                4.20.9818.00  Microsoft(R) MSXML 4.0 SP 2 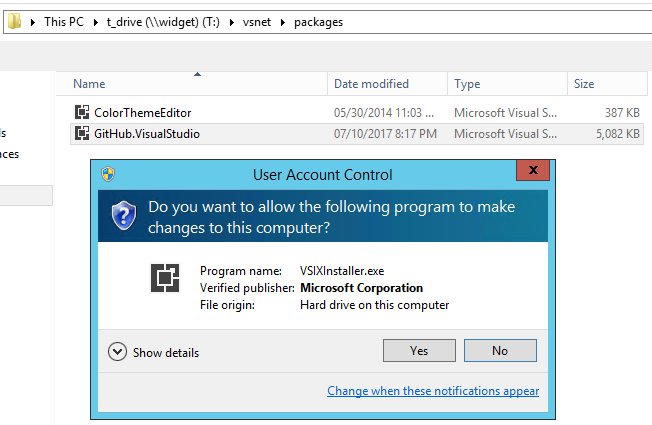 November 26, 2014
A couple of quick notes... this is not my usual style, this is fairly cutting edge with OTRS 4.0 released yesterday. I've been tinkering around with the beta for a while, and I wanted to do the install from scratch AND use Microsoft SQL Server for the data store. If you have been trying to do this yourself, like me you discovered it's not officially supported. The OTRS group wants you to install on Windows (blech). I'm here to tell you, this is possible, with some extra fiddling around. The biggest fiddle is getting an ODBC driver installed on Linux that will talk to Microsoft SQL Server, and is free. I used Microsoft SQL Server 2008 as my backend server, but I imagine any SQL Server version will do. Without further adieu, here's my notes. This is basically a rough draft, if you find this interesting and need more info, leave a comment. # Download source cd /opt wget http://ftp.otrs.org/pub/otrs/otrs-4.0.1.tar.gz # Install Pre-requisites apt-get install apache
Read more